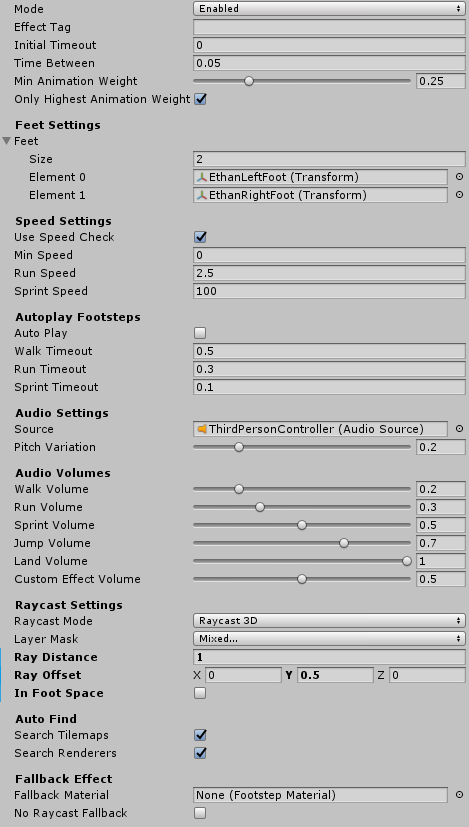 The Is Player setting will automatically set the Footstepper as the player of the Footstep Manager (if it exists). This will use the manager’s player distance limitation, only allowing Footsteppers to play footsteps within a defined distance to this Footstepper.

The Speed Update Type defines when the interal movement speed is calculated. It’ll update either in Update, Late Update, Fixed Update or not at all (None). You can also set the speed of the footstepper via the Speed property of the component (Vector2, X-axis is horizontal speed, Y-axis is vertical speed). Depending on how your game object is moved, you’ll also want to use a matching speed update type, e.g. when moving via Rigidbody (i.e. physics-based), you should also use Fixed Update here (which is the default). 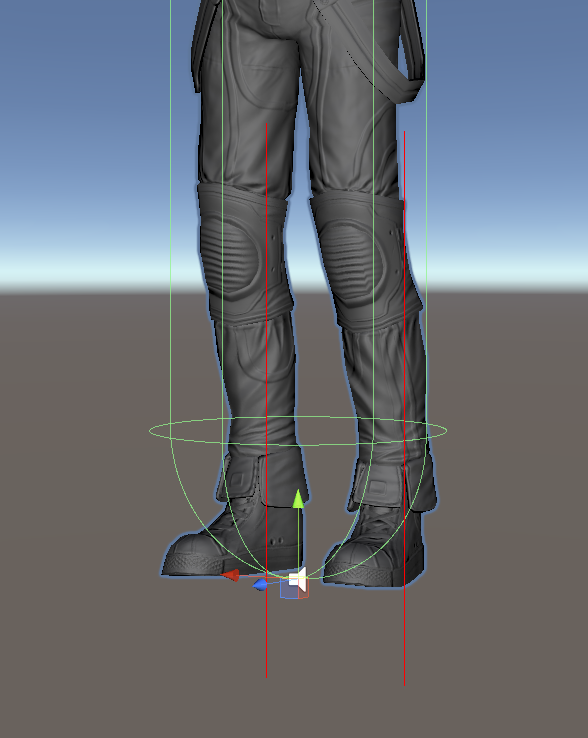 Playing footsteps can call your custom functions if you register them with a Footstepper. The event handlers will call your functions whenever the Footstepper plays a footstep.

Requires a function with 4 parameters: